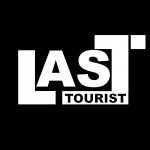 Last Tourist hail from the dark beating heart of Leeds. They conjure the sound of creeping down dark corridors and wandering through disused spaces, all set to a moody and rhythmic danceable beat.

Last Tourist’s third single “Cave In The Hills” is released on digital format on 28 April, 2021. The single is co-produced by John Wellby and John Pennington (Head Sound Engineer/New Order), a Strawberry Studios North veteran who has worked alongside Martin Hannet, and whose history is infused with the studio’s deep associations with Joy Division, The Smiths, New Order, and A Certain Ratio. The single is exactingly and sensitively mastered by Simon Scott (Slowdive).